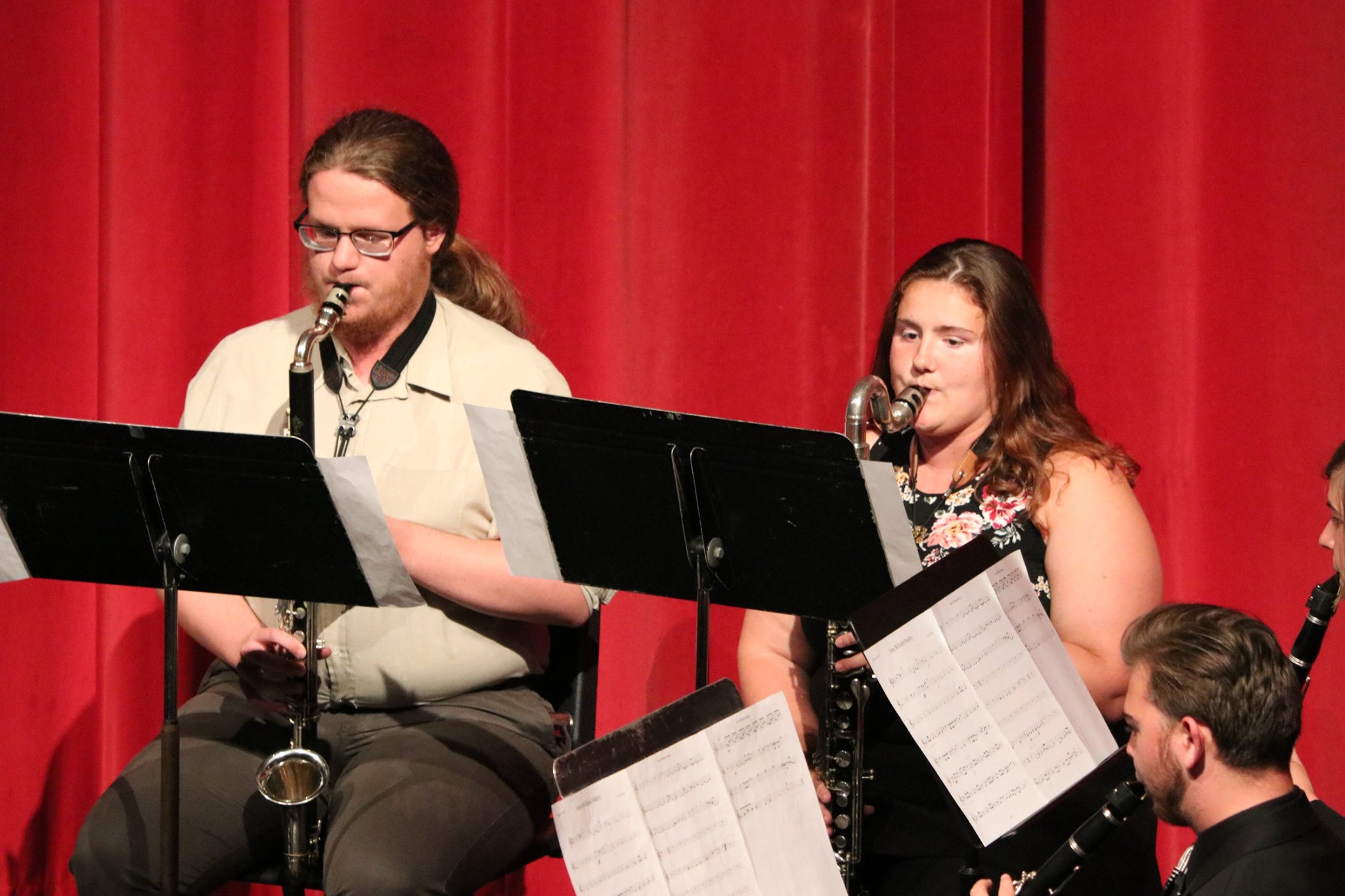 I like to dabble in music, especially arranging and composing various thigns for the high school band and various other ensembles. On this page is a list of projects I’ve undertaken and have decided to (and am able to) release to the public, accounting for perhaps 10% of what I’ve done through my little hobby of musical engraving. I’ve got a few pages of nifty information, especially on clarinet (my primary instrument); you can check that out at the Clarinet Corner.

For some old, largely unfinished stuff from around 2014–17, see /music/old-arrangements/. I haven’t finished or published much of anything since due to a stressful high-school senior year and a heluva college career.

Variations on an excerpt from Aaron Copland’s Appalachian Spring arranged for a seemingly arbitrary set of instruments. I literally took the four best musicians in the high-school band and said let’s do this. And it worked.

A heluva piece for seven clarinets and percussion. As much passion I put into not only writing but engraving and professionally pritning this piece, it never got played. And now the college I’m at doesn’t have the necessary low clarinets. If you can find an ensemble capable of playing it, please let me know.

A rather complex and somewhat haphazard re-instrumentation of Jupiter for concert band. This ultimately proved too difficult for the high-school band to which I presented it, so it’s remained unplayed (aside from sight-reading) to this day.

A simple rendition of the Twentieth Century Fox fanfare. Made in 2016, it was the first arrangement of mine to be performed for an audience over five hundred—specifically the Robert C. Byrd High School Music for the Mission concert in 2016.

A rather faithful arrangement of Lynyrd Skynyrd’s Free Bird for marching band. This was scrapped because not only was it irrelevant to the field show theme which we eventually chose but it was in the key of G and our flautists and clarinettists apparently couldn’t handle that.

Probably one of the best things I’ve ever written, now mostly lost in a small computer fire accident. The only bits that remain are a synthesised MP3 of the first variation, the overworld map theme; and an unfinished conductor’s score (thought lost; just recently found in my Facebook Messenger history!). I might re-visit this sometime.

The worst part about my composition/arrangement from the beginnings in 2014 through 2016 was my tendency to compose for inattainably Holst-esque ensembles of ridiculous size. Take a look at the score yourself and you’ll see what I mean